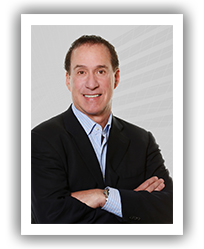 “I have known Henry Loubet as a widely recognized healthcare leader at United Healthcare, Health Net, Keenan and the Board of the Integrated Healthcare Association for more than 20 years. He is innovative, knowledgeable, principled, and often at the forefront of change.” -Alain C. Enthoven, Ph.D., Marriner S. Eccles Professor of Public and Private Management (emeritus), Graduate School of Business, Stanford University.

Loubet’s extensive background is rooted in managed care and public companies. He was the former Western Region CEO of United Healthcare (1996-2000) where he was responsible for 1.6 million members across 10 western states from California to Colorado. This was Commercial and Medicare Advantage. He had full P&L responsibility and M&A. Loubet served as President of Health Net (1989-1996) where he led health plan growth to more than 750,000 members and $1 billion in revenue. This included Commercial, Medicare Advantage and Medicaid with full P&L responsibilities. He also helped lead M&A. Loubet was General Manager and President of Maxicare Health Plans (1986-89), increased growth by 300%. He created and ran Valley Health Plan in Santa Clara County, a Commercial and Medi-Cal Health Plan.

“Henry Loubet exemplifies the time-honored qualities of leadership. Throughout his career, he has worked hard to push for solid and creative solutions. He is a tireless and consummate professional, and a magnanimous supporter of both local and national volunteer groups.” -Clive Riddle, President, MCOL, Inc.

Loubet was the Chief Strategy Officer for Keenan (2003-2016), Keenan is one of the nation’s top 20 largest Consultants/Brokers/TPAs. In this role he was responsible for overall company strategy, business development and innovation. Loubet developed a PBM coalition with Express Scripts that now covers more than 500,000 members across 30 states, led the Keenan TPA and developed the Covered California exchange program. Loubet also served as Executive Advisor to Paladin Healthcare in 2016 where he applied his expertise to develop a managed care platform, including health insurance/physician strategy for a safety net hospital company.

In addition, Loubet was also Director of Patient Business Services at Santa Clara Valley Medical Center, affiliated with Stanford University Healthcare. Loubet had a number of management roles in Finance and Ambulatory Care, before starting Valley Health Plan. Loubet was the Vice Chairman of Ohio-based Drug Emporium and DrugEmporium.com, a publicly traded pharmacy and internet company acquired by Rite Aid. Loubet led the sale of DrugEmporium.com, as well as play a key role in the sale of Drug Emporium.

Given his extensive experience across the healthcare industry, Loubet has served on the Board of Directors for notable firms and organizations. His affiliations included: